Hi everyone! Happy September! Wow. It’s already more than halfway through 2017. 2018 is just around the corner! And Spring is here! 😀 Our ornamental pear trees look like popcorn trees at the moment. XD

Let’s get on to do what I’m here for, shall we? 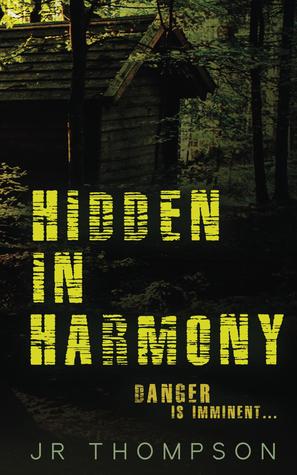 Review coming in October. I received a copy of this book in exchange for an honest review. 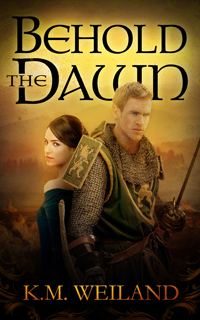 Review coming sometime in October. I received a copy of this book in exchange for an honest review. 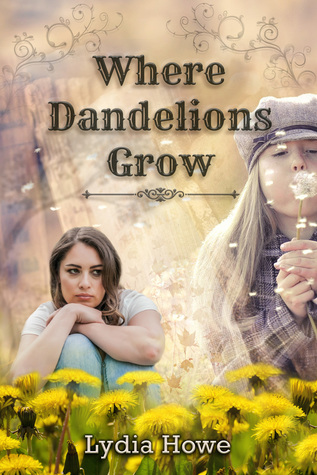 Review coming September 28 2017. I received a copy of this book in exchange for an honest review. See my COVER REVEAL and the GIVEAWAY! 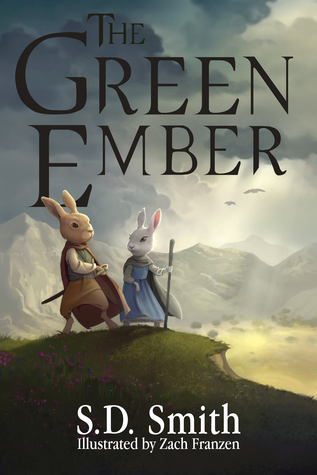 All of these books are really good so far! 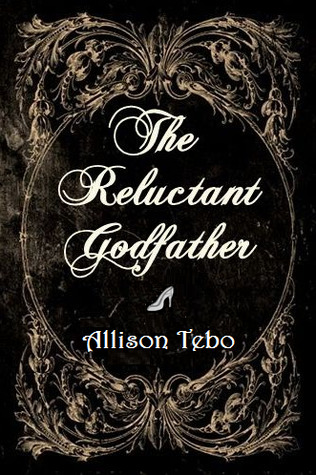 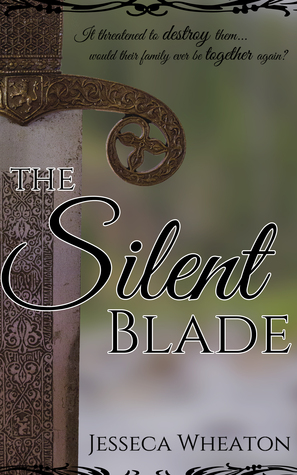 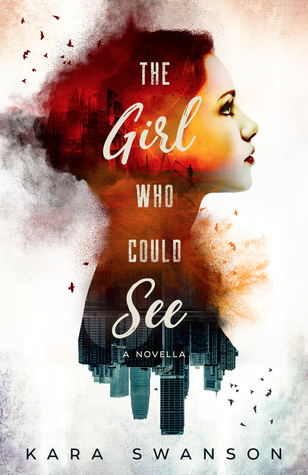 I feel like that’s a lot of books plus my currently reading, so I might not finish all of these. 🙂

Series (if applicable): None

Era (if applicable): None specified, the ‘other world’ is fantasy.

The book is quite scary sometimes. There is talk about drunkards. No swearing, but the characters say ‘stupid’ and ‘idiot’, some ‘shut ups’ as well. I’m not fussed about that, but I know some people will. There is also one d**ned in the book, as well as some ‘bloody’s’ it mentions that some of the characters swore, but that’s all. There are also phrases like, “How the devil should I know?” A character sort of returns from the dead. Chris and Allara kiss (EEP! 😀 ). There is a little romance like when Chris was thinking about how he is falling in love with Allara.

If you can handle some violence and killing, then you’re fine. 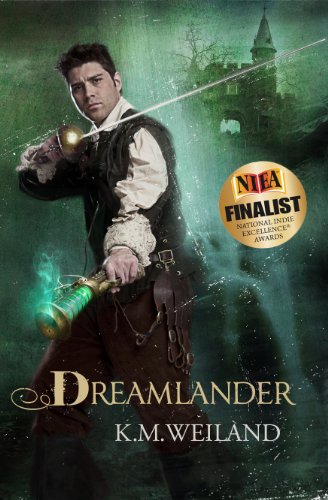 What if it were possible to live two very different lives in two separate worlds? What if the dreams we awaken from are the fading memories of that second life? What if one day we woke up in the wrong world?

In this fantasy thriller, a woman on a black warhorse gallops through the mist in Chris Redston’s dreams every night. Every night, she begs him not to come to her. Every night, she aims her rifle at his head and fires. The last th.ing Chris expects—or wants—is for this nightmare to be real. But when he wakes up in the world of his dreams, he has to choose between the likelihood that he’s gone spectacularly bonkers or the possibility that he’s just been let in on the secret of the ages.

Only one person in a generation may cross the worlds. These chosen few are the Gifted, called from Earth into Lael to shape the epochs of history—and Chris is one of them. But before he figures that out, he accidentally endangers both worlds by resurrecting a vengeful prince intent on claiming the powers of the Gifted for himself. Together with a suspicious princess and a guilt-ridden Cherazii warrior, Chris must hurl himself into an action adventure battle to save a country from war, two worlds from annihilation, and himself from a dream come way too true.

This is probably the best book I’ve read in a long time. It was quite long, but the read was worth it. The beginning was gripping, but it took me a while to get into the rest of the book. The end was absolutely thrilling, though. I nearly cried! I mean, poor Allara! No more hints. 😛

When Chris got to the other world, the was a small battle and then after that there wasn’t much action for a while. I want you guys to read this book though, so I’m going to try and be as positive as possible. 😉

Chris Redston is trying run from his life. When he was twelve his younger sister and Mom were killed in a car wreck, and after that, his Father turns a drunkard and Chris continually has to bail him out of jail. When he makes a mistake when he first sets foot in Lael, he tried to make things right.

And Brooke, she is just crazy, and boy is she a handful. She’s also a little immature; the way she pouts and all. 😛

This book has a lot of moral and lots of deep meaningful quotes that I absolutely loved.

The characters were amazing. From the very beginning I was hooked with them. I believe characters make up a huge part of the story, and the author did a fantastic job of it. The dialogue was realistic, and so were the characters. Mike was awesome from the beginning. Chris, I was so mad at him at first cause he was so gullible. I don’t blame him that much though because he did think everything was a dream.

I loved Allara a lot. She’s hiding behind a mask of fear and doesn’t want to fall for Chris. She’s hurting, and her own people are turning against her and blaming her for the faults of someone else.

Pitch was my favorite character. He was so innocent and forgiving, funny and so loyal. Apparently the Rievers (that’s what Pitch is) like to name call in the midst of battle. 😉

Orias is a guilt ridden Cherazii. I really liked him, but sometimes I didn’t. I didn’t understand though; are the Cherazii so merciless that they won’t forgive Orias Tarn because he tried to save them by betraying Chris? The Cherazii don’t like Chris anyway… I felt like Orias didn’t do anything very wrong. He should be able to protect his people and not only the Gifted (Chris Redston).

Quinnon is Allara’s body guard and her sworn protector. He is very hard to impress. I liked him, but sometimes I didn’t. The characters felt so real, and they were definitely one of my favorite parts of the book. Ooh and Eroll was a good character. He’s followed Allara his whole life; never led her. He is the first friend Chris makes, when Chris doesn’t deserve one. He’s pretty funny as well. 😀

I kind of hated the Laeler’s… and the Cherazii’s and Crofton Steadman’s people, who I forgot what they’re called. 😉

I was pretty impressed by the plot. There are so many books about characters crossing into a different world, but the way K.M Weiland put it was unique and different.

The end was crazy. I wasn’t expecting that. It was a good end, but a little sad. I don’t want to give you spoilers though.

All my questions were answered at the end. The end was also very nicely resolved, although I’m sad for Allara.

I loved all the metaphors in the book, and there were so many quotes worthy of my highlighting. They were amazing. Sometimes there were a bit too many metaphors. Within battle, there were metaphors, which sometimes made it hard to picture the setting of the battle. The action was well written though.

The writing was fantastic. I would have liked a simpler writing style, and for younger readers it might be pretty hard to understand.

I also liked how K.M added also guns into the book and not only swords, and the skycar was an interesting aspect as well. I was really impressed by the Cherazii language the author created.

The first battle felt too easy though, like Chris one the it for them. The book was a little confusing at times.2po0

The book is kinda like Narnia, or Hobbit or Lord of The Rings. It has a good amount of romance, action, adventure and mystery all sewn into one book; and enough christian values written by a christian author to satisfy the christian reader. 🙂

Chris is too busy switching from world to world. He sleeps in Chicago, he lives another life in Lael. He sleeps in Lael, he lives another life in Chicago. Which, I can imagine would be very tiring for him. As I read on though, the author cleared that out, making it known that both she and Chris were already aware of that. But I was thinking, he would be way to tired to be able to fight. Does he ever get any sleep?

There was another part that was a little unrealistic (unless I’m mistaken because of lack of setting description), where Allara is in the middle of a battle thinking; standing/sitting on her horse there and watching the Gifted. What is unrealistic about this, is that she is in the middle of a battle and she’s just there, having only shot one man. She is the Princess of Lael, and she isn’t dead. I know she has a bodyguard with her, but it’s still a little unusual.

I definitely recommend this book to anyone, preferably ages 13+. It’s good for all ages, although younger children should probably have parental guidance.

Overall, this was fantastic book, sometimes slow paced, but a very good (and long) read.

Currently, this book is FREE on Amazon, so go ahead and get it before it’s too late!

Guys. I just realized there is going to be a sequel to this book! I saw it and I was like, “YAAAAAAAAAAAHHHHH! YEEEEESSSSSS!” But, it’s in 2021. I shall be old and gray by then. 😦 But, I, loyally, shall await the day this book is to come…. 😛

UPDATE: Oh my goodness I’m so sorry guys! I just gave you a spoiler!!! *goes to delete what I just said about the sequel*

She is the IPPY, NIEA, and Lyra Award-winning and internationally published author of the acclaimed writing guides Outlining Your Novel, Structuring Your Novel, and Creating Character Arcs, as well as Jane Eyre: The Writer’s Digest Annotated Classic.

Her fiction includes the historical/dieselpunk adventure Storming, the portal fantasy Dreamlander, the medieval epic Behold the Dawn, and the western A Man Called Outlaw.

When she’s not making things up, she’s busy mentoring other authors on her award-winning blog HelpingWritersBecomeAuthors.com. She makes her home in western Nebraska.

This is a text widget, which allows you to add text or HTML to your sidebar. You can use them to display text, links, images, HTML, or a combination of these. Edit them in the Widget section of the Customizer.
Back to top