Series (if applicable): The Turglar Trilogy

Age-range: I would recommend this for youth, although older people may enjoy it as well. 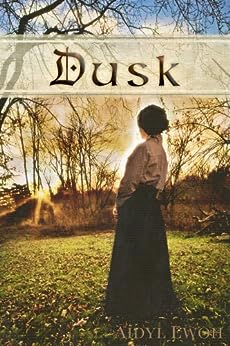 When Turglar was taken over by mean and controlling Andor, the royal family was destroyed. Rumor has it though, that baby princess Shalom survived. Now, two decades later, the truth has been confirmed and it’s young Natalya’s mission to find and tell the news to her grandfather, a legend in his own right, known to all as Beniel the goat-keeper.
If they find the princess, who has been sold as a slave, will she give Turglar the hope it needs? Or will she take after the harsh and demanding ways of the people who now govern the land by force? Is there any hope of her becoming a Follower? Or will Turglar sink lower and lower into the pit that is being dug for it?

I liked this book, yet I didn’t love it. The author is a very talented writer, but I didn’t enjoy the book as much as I thought I would.

I really liked Erick’s character, and Grandfather’s and David’s. They were developed really well, especially Grandfather! 🙂

The plot needed some help with not going of track. In all honesty, when I read the blurb I expected to be reading an adventure book. If it weren’t for all the stops and cuts in it I think it would be a good adventure book. But there are two more books, so there is more room for that.

I liked the Bible stories and christian themes, but I felt there was way too much talk of it. I like it when christian themes are included in books, but there was too much in this book for me, and honestly, it dragged on a lot.  There a few passages that were unnecessary, and to be honest, it was quite boring. Don’t get me wrong, I did like the christian values; it was encouraging and inspiring to read. I just wish there was less of it at the beginning.

Natalya’s quest is to find the Princess and bring her home. I think there was too much switching between characters, most of which were a useless addition to the plot. But, as I said before, there are two more books to this trilogy, so I will be looking forward to when Natalya and her Grandfather Beniel finds Shalom. 🙂

Aidyl is a talented writer, but there were also some confusing parts such as at the beginning, and in some dialogues, I wasn’t sure who was talking. There were a couple of other annoying things like too many adverbs, but that’s not such a big deal; it’s just me. 😉

The formatting on the Kindle version I read this book from jumped all over the place sometimes as well.

Despite all that I just said, I enjoyed reading some parts of this book. I felt so happy when Natalya finally found Beniel.

I am writing this review as I read the book, and I was a little disappointed when I found that the book did not have any breath taking adventure as I thought would take place due to the blurb. I think the book had good values, however, there were a few scenes that were unrealistic.

Overall, I was pretty disappointed at the outcome, but I enjoyed reading some parts, and I would recommend it to people who enjoy christian fiction. And I think this was a sweet book and it was quite inspiring as well, and it’s about putting your trust in God, and believing that He will always be there for you.

Lydia Howe (aka Aidyl Ewoh) is a twenty-something adventurous author who is partial to hiking in the mountains of Asia and South America, building life-size models of dinosaurs, taking road trips across Europe, visiting friends in Africa, growing up in a barn and everything in-between. She was trained as a John Maxwell coach and her passions include self-development and Christian apologetics. One of her life-long dreams was realized when her first book, “Cave Secrets of the Pterodactyl”, was published by Answers in Genesis in 2013. Find her online at her Blog, Facebook, Twitter, Goodreads, and Google+

All thoughts and opinions are mine.

3 thoughts on “Dusk {The Turglar Trilogy} by Aidyl Ewoh {UPDATED}”

What did you think? I'd love to hear your thoughts. Please keep them clean and respectful, and do not take God's name in vain. Thanks! Cancel reply

This is a text widget, which allows you to add text or HTML to your sidebar. You can use them to display text, links, images, HTML, or a combination of these. Edit them in the Widget section of the Customizer.
Back to top
%d bloggers like this: